When I look back at my time as a Saturday girl at Reiss during University, I remember with fondness the substantial discount I got from their latest ranges. In return, I had to wear their clothes to work, but that was no hardship; I was now the best dressed student on campus.

It was the same for most of my friends who spent their weekends and Thursday nights working in retail – half price clothes so long as you wore them to work. And as we would collect our monthly wage slip showing a measly sum, we would give no thought about the accuracy of how that figure was reached.

“But it turns out that some of us should have paid a bit more attention to that slip.”

HM Revenue and Customs (HMRC) have recently published a report listing 115 companies in the UK who have been caught unintentionally failing to pay the national minimum wage (NMW) to their staff. 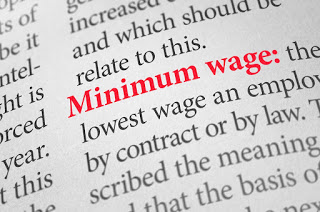 Top of that list was the fashion retailer, Monsoon. Their policy of offering staff discounted clothes to wear for work meant that the cost was taken from their wages, taking employees below the legal threshold. From 1 October 2015 the NMW rose to £6.70 an hour for workers aged 21 and over; because wages to Monsoon staff dipped below this, the company now owes £104,508 to 1,438 workers.

“While this appears to be a genuine mistake, it is incidents like these that will not only leave the employer with a whooping bill to pay but can also cause some serious reputational damage.”

No-one wants to work for a company that doesn’t pay their staff properly, and people may not want to shop at a store that appears to be exploiting their lowly paid employees, regardless of whether it was intentional or not.

And it isn’t just fashion retailers that need to be aware. Unintentional deductions were found from other expenditure associated to the job, such as safety equipment and tools, and for meals or transport provided by the employer. As such, hair dressers, car repair shops and even a riding centre for disabled people were caught up in HMRC’s latest swoop.

To avoid mistakes like this in the future, employers should carry out a review of their staff uniform policies and benefit packages to make sure that staff are paid at least the minimum wage after these deductions. Employees also need to be aware of the new NMW for over 25s – the so-called “national living wage” – due to be implemented in April, which will see the lowest wages rise to £7.20 an hour.

It’s also advisable for employees to look at their wage slip each month and give real consideration to the breakdown of monies going into their account.

“The Trades Union Congress estimates that at least 250,000 workers are being underpaid but that only a quarter of offenders are being caught.”

What may appear to be a perk of the job might actually be a breach of the law and employees on the lowest wages need to make sure this is not happening to them.

Elizabeth graduated from Royal Holloway, University of London in 2008 with a degree in History and Politics. She went on to study the GDL at BPP London (Waterloo) and the LPC at the University of Law (Bloomsbury), before joining B P Collins in August 2014.