For some, the prospect of being a trainee in dispute resolution (DR) is daunting; the reality, for me, couldn’t be more different. I may be a little biased, having had the advantage of being a paralegal in DR before I started my training contract, but I have found it to be a very approachable learning environment. For example, I am often asked to prepare a first draft, which is reviewed, and feedback is always given. There is a real sense of collaboration and people are always willing to help. While you may occasionally be in uncharted waters, you’re certainly never thrown in the deep end.

The dispute resolution team at B P Collins is broadly split into two areas: civil law (which is further sub-divided in commercial disputes and property disputes) and criminal law, and the variety of work is remarkable. I mostly work within the commercial team, and have been involved in a breadth of cases: shareholder disputes, contractual disputes, Wills and trust disputes and negligence, to name a few. 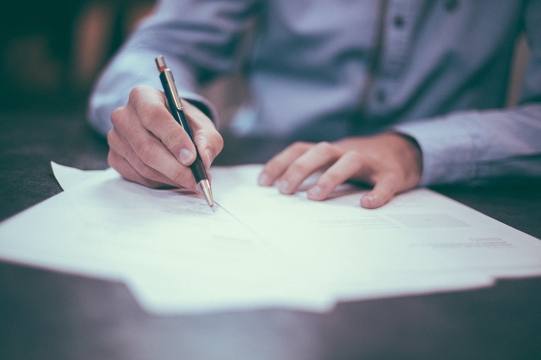 One of the features I like the most about DR is the cross-over with other departments. Recently, I’ve been working closely with our private client team on a number of matters, I’m involved in a matter with our employment team and our property disputes team works closely alongside the property team.

“While about 90% of disputes settle before going to trial, that doesn’t mean we don’t go to court”

While about 90% of disputes settle before going to trial, that doesn’t mean we don’t go to Court: highlights, for me, have included obtaining an injunction in the High Court for our client, a judgement handing down hearing in Bristol, and an emergency hearing for an extension of time.

That said, it’s not all about Court, and litigants are actively encouraged to settle disputes before they get to Court. The most common method of doing so is mediation. This is a process whereby a neutral intermediary shuttles between the parties, to find common ground with a view to settlement. I’ve been involved with a number of mediations, and we have one coming up in Birmingham in a few weeks, which I’ve been hard at work preparing for.

“Working in DR, I have a lot of interaction directly with clients, which puts the dispute into perspective”

Working in DR, I have a lot of interaction directly with clients, which puts the dispute into perspective. The job can, at times, be demanding and a little unpredictable, but I’ve certainly found that you get out as much as you put in. Having been in DR for about a year and a half, I have thoroughly enjoyed it, but I am equally excited to see what my second seat brings in July.

Christopher joined the dispute resolution practice group as a paralegal in October
2017 before starting his training contract in March 2019. His role is to provide
assistance to partners and other lawyers in the team.